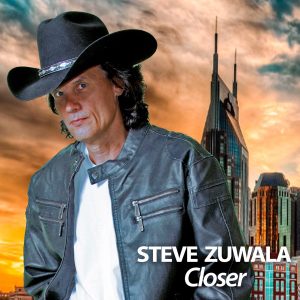 Steve Zuwala started his career in Country and Country Christian Music in 2003. He released two albums “So Help Me God” and “Heartbreak” through Lamon Records. He had four number one international singles from those releases – “So Help Me God”, “Next in Line”, “Wing and a Prayer” and “Heaven Knows”. In 2006, Steve’s music video “Toes in the Sand” played at the Olympics and he was voted 5th most played International Artist.

In 2008, Steve’s single”Tough Guys” Soared to #1 internationally and his single “Toes in the Sand” won the HMA Single of the year.

After taking a few years off to write songs and enjoy his time in Maui, Steve recently started recording again. He returned to Lamon Records in the Spring of 2017 to work on new music. His first single “Closer” has been released to radio worldwide and is available from all major music sites, including iTunes, Amazon, Spotify and others.