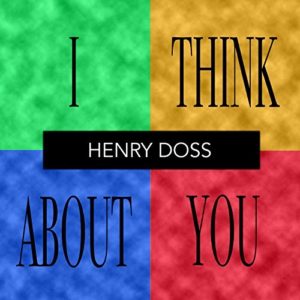 Henry Doss is not your typical singer-songwriter. His current musical journey started as he was nearing retirement from years in the banking industry. Doss recalls, “When I was 49, on the spur of the moment, I bought a Gibson Nighthawk, a practice amp and a strap. I could remember how to play an E major chord, and it felt so wonderful.”

That was 2001, and he hasn’t looked back. Writing music, business columns for Forbes, and business books, Doss worked to hone his writing craft. In the process, he released several independent EPs and singles, including “Halfway Around the World” which reached #26 on the FMQB Chart early in 2016. 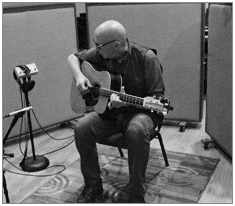 This ultimately led to Doss recently being signed by Lamon Records, a leading independent label based in Nashville that’s distributed by a Sony Music division.

“It is really great to be a Lamon artist.” Doss said. “I really wanted to write music that, someday, somebody would say, ‘That’s really, really good writing.’ I didn’t care about recording or performing or anything else, I wanted to be a writer. “And as a new, unknown writer it was really hard to get anyone else to perform my music, so I performed it myself. And this is where we ended up.”

The first Lamon release is the single “I Think About You” which is shipping to radio in early October.

“It’s a classic, straight ahead, catchy, feel good rock tune that’s full of fun and energy, says Dave Moody, Lamon’s president and a Grammy® nominated artist, writer and producer in his own right. “We had a lot of fun finishing up tracks in Nashville that Henry and musician/producer David Rhyne had started in North Carolina.”

In addition to the new single and a forthcoming album of rock songs to be released in 2017, Doss and Moody are also in pre- production for a multimedia project called “The Jerusalem Cycle” – a series of songs linked together in a narrative tracing the history, conflict and wonder of Jerusalem, with multi-media and stage theatrical elements.

For more on Henry Doss and other Lamon artists, visit www.lamonrecords.com. You can also check out Doss’ artist page at www.henrydossmusic.com. For concert updates, events, and releases, stay up to date with Doss and Lamon on Facebook, Twitter, and Instagram.