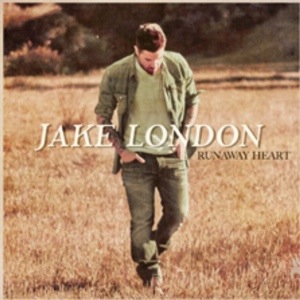 April 2014 marks the release of “Runaway Heart,” the debut album from folk rock singer-songwriter Jake London. The Southern California native has quite a following in his home state and across the country, but looks to new horizons with the addition of a music video from Lamon Records in Nashville.

Jake’s first single, the upbeat and wistful “Somewhere Down The Road,” is the perfect road trip song. The title track, as well as the poignant ballad, “Where Love Was Found,” are also among the most memorable. The album is sincere and the lyrics are relatable. In its entirety, “Runaway Heart” leaves listeners valuing the journey as much as the destination.

The music video for “Somewhere Down The Road” was filmed throughout Nashville. Viewers follow a couple on a summer fling of youthful wanderlust through the countryside to a friend’s wedding. The video has a retro, dreamy, and extremely hip feel. Jake’s performance is nothing short of magnetic. He delivers each phrase as if he’s singing it for the first time. The artist knows how to craft an infectious tune as well as work the camera. Keep going, Jake London, we’re listening…

Jake expounds on his experience filming the video in Nashville: “I set out with a specific vision in my head for this video. Given the content of the song, I really wanted to capture those relatable ‘slice of life’ type moments. I wanted the end product to have a vintage look and a pace that kept the audience engaged throughout its entirety. I must say, I am very happy with how this music video turned out and I not only hope it is well received but I hope that it connects with as many viewers as possible. Joshua and Jena at Lamon Records truly helped bring my vision to life; It was a wonderful experience.”

Jake London’s “Runaway Heart” is available now on iTunes, Amazon, and everywhere music is sold. Look for the music video for “Somewhere Down The Road” on YouTube. For more on Jake and other Lamon Records artists, visit www.lamonrecords.com.