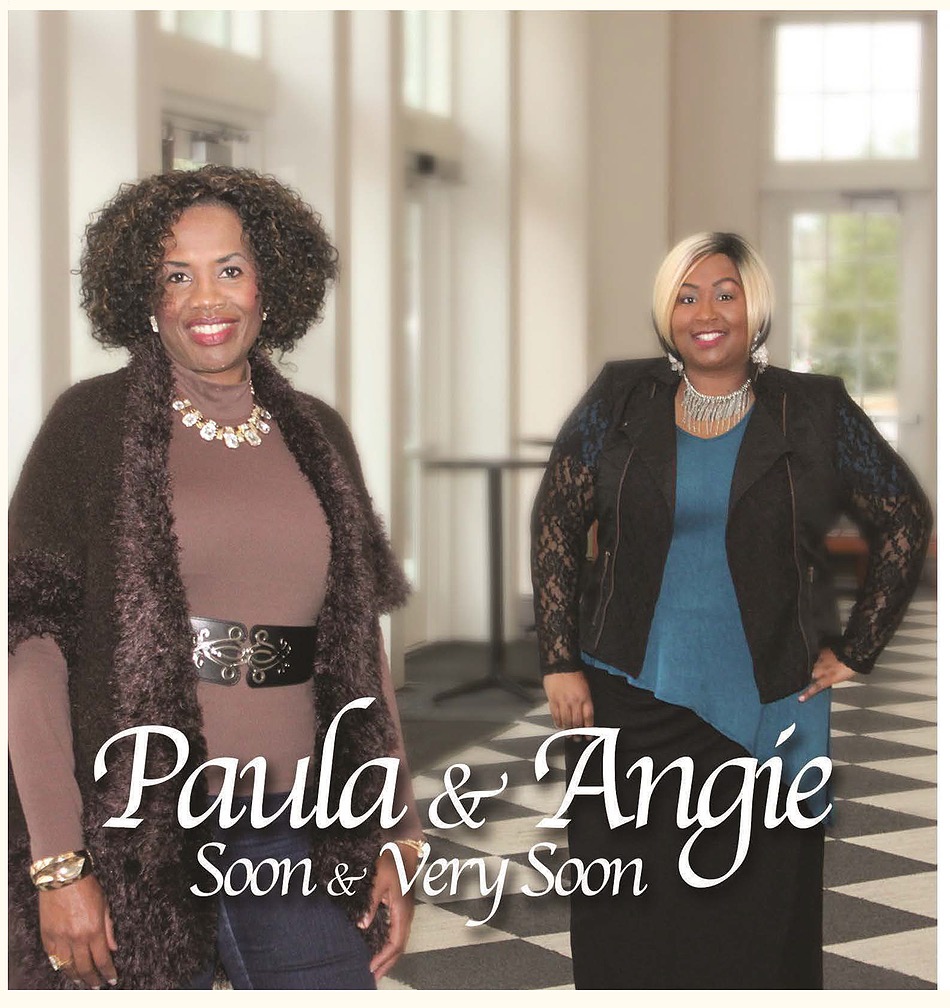 Paula and Angie are more than just a talented modern gospel duo. Their love for the art of music and their passion for praise is crafted from a perspective many groups can’t claim. Their encouragement, they’ll admit comes from above, as well as from one another as mother and daughter.
“When someone asks what is it like to be singing with my daughter my first thought is I’m so blessed,” says Paula Greene, matriarch of the group. “Blessed that we both have a love for music and God has given us the gift of singing which neither of us take for granted.”

“When I was young, people made me feel as if my voice wasn’t good enough because I didn’t sing like my Mom. But thankfully, through God and encouragement from my Mom, I finally embraced my voice and began singing as a college student,” says Angie Greene Gray.

For over 10 years, Paula & Angie were featured artists with the Wilmington Celebration Choir. During their time there, they were afforded the opportunity to sing with such legendary gospel artists as Jessy Dixon, Lynda Randle, Jason Crabb, Geron Davis & Kindred Souls, The Hoppers, and Karen Peck & New River. They also appeared on the INSP-TV annual “Campmeeting” event.

In 2013 they brought their vocal talents together, Paula a soprano and Angie an alto, for a blend that is “truly a God thing.” They decided to aim towards creating a project of their own. Sharing music styles of traditional hymns, gospel, praise and worship with their unique flair has been a blessing to all who have attended any of their venues.This dynamic mother and daughter duo share their love and passion for God’s word through music – Black gospel, contemporary, praise and worship, traditional hymns.

Their first project as a duo is a two-song EP, featuring their spin on an old gospel favorite, “Soon and Very Soon” with the B-side as their first single “God On the Mountain.”They came to Lamon Records in 2015 after meeting a colleague of producer Dave Moody’s in Charlotte. The songs were tracked at Omni studios and the vocals recorded at Kingswood Studios, both in Nashville. Their first performance music video was shot at FBC in downtown Nashville

The two live in Wilmington, North Carolina with their families and enjoy singing in churches, at women’s conferences, and at local gospel venues. Paula adds, “as God continues to open doors for this ministry, we humbly walk into the divine appointment for our lives.”

Their EP will be released March 11th and will be available for purchase on iTunes, Amazon, the LamonRecords.com store, and everywhere music is sold. Their first music video and single for “Soon and Very Soon” will be released in February. Be sure to follow Paula and Angie on Facebook and Twitter. Keep up with the gospel duo and more Lamon Records artists on social media and www.lamonrecords.com.