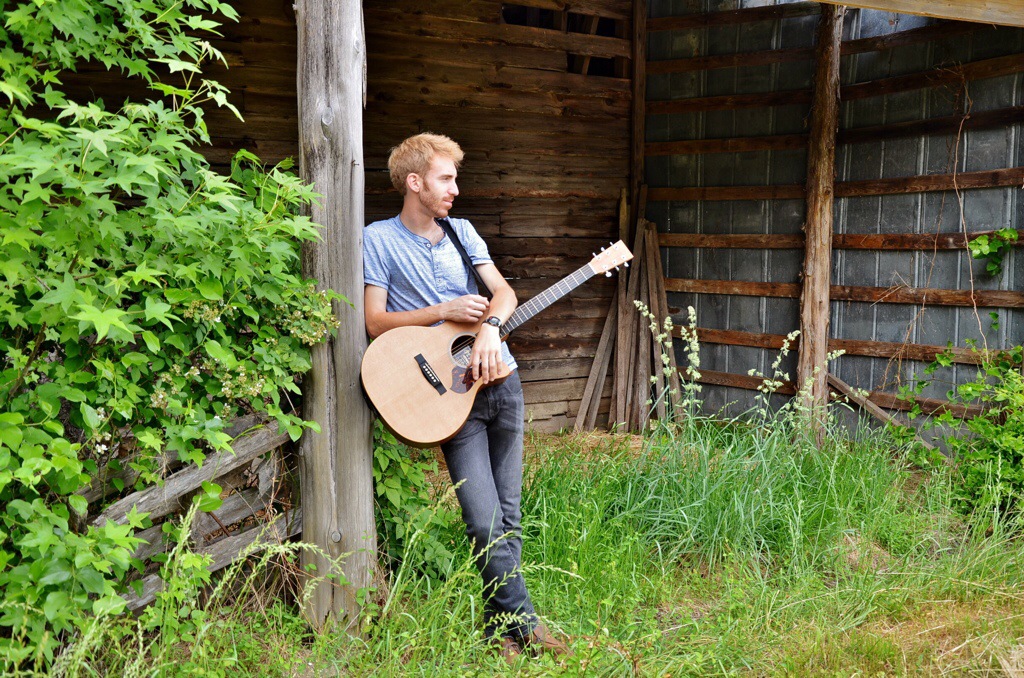 There are still hometowns in North Carolina where the pace is as slow and steady as a summer breeze. There are bluegrass pickin’ parties on Saturday night and traditional gospel music on Sunday mornings. Places where a kind-hearted, easy going young man with natural musicianship and ambition can draw inspiration in the open fields on either side of a country road and the welcoming front porch swing of home. Places where when life is easy, safe, and sheltering like a cave, or adventurous, dangerous, and daunting like a cliff’s edge, a spirited talent finds and captures the beauty in it all through music.

“The Cave & Cliff project is all about capturing life in its most honest form through the lyrics and melodies of the songs, the good and the bad, the pretty and the ugly. I even tried to portray this idea of life in the band name.”

Meet Andrew Smith, a singer-songwriter from Red Cross, North Carolina, performing under the name Cave & Cliff, who signed with Lamon Records. His first EP was recorded this summer in Nashville at historic Quad Studios.

His first memory of playing music was when his mom showed him where middle C was on the piano. She taught him some of the basics, but was soon able to pick things up by ear and learn more on his own. He comes from a musical family. His great-grandfather was in a Southern Gospel group and his mother and aunt alternated weeks playing piano at church.

After completing his undergraduate degree, he had time to explore some musical opportunities in a way he never had before. Between songs he scribbled down and recorded in his bathroom in college and new ideas still culminating, he was able to pull together a few that fit under the idea of “Cave & Cliff.”

Andrew’s music is meant to be a reflection of growing up in the easy-going Southern way. Hymns and bluegrass gospel have greatly influenced him as well, so relating his art to his spiritual life is paramount to this project. His major musical influences include Green River Ordinance, The Avett Brothers, and Anberlin.

“I believe that life is the greatest opportunity God has given us,” Andrew says. “It’s an opportunity to experience what He has created, relate with other people, and ultimately, relate to Him. I hope mostly that my audience gains something to relate to from different seasons in their life, that my experience in life will connect with lots of others, and that I can bring glory to God.”

“I’ve always dreamed of getting to write songs, record them, and play them to a room full of people in hopes that I can connect with those people in a real, personal, and meaningful way. That is the biggest inspiration behind Cave & Cliff.”

Aside from music, Andrew enjoys running and being outdoors. He is the track and cross country coach at West Stanley High School. He is also training to run the Boston Marathon in 2016.

For more on Cave & Cliff and other Lamon Records artists, visit www.lamonrecords.com.