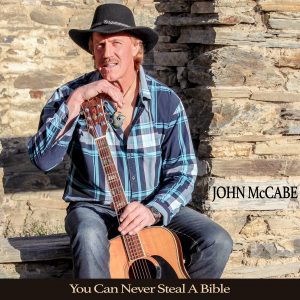 Affectionately know as the “Kiwi with the Golden Voice,” John McCabe was born and raised in New Zealand and has been performing to live audiences throughout this country since he was twelve years old. After giving serious thought to expanding his musical horizons, John departed from New Zealand in March of 81 to Canada where he would unknowingly begin one of the most incredible musical adventures that could happen to a young Kiwi finding his way in the world.

John quickly gained recognition as a musician/songwriter and singer in Canada and toured extensively, performing on many radio and TV shows. Nashville, Tennessee attracted John’s attention for several years, and throughout his numerous recording sessions there, John established a great working relationship with many of the top recording engineers and publishing houses. John performed along side country greats such as Tom T Hall, Jerry Reed, and Mel Tillis, and has been successful in launching other artists throughout his stay in Canada and the USA, as well as many guest appearances at several large Rodeo’s.

John continues to sharpen his skills at song writing. With the release of John’s self-penned song “You Can Never Steal A Bible.” John has set his sights on becoming a household name in the Country Music Industry. Lamon Records is distributing John’s single, which can be found where all good music is sold.