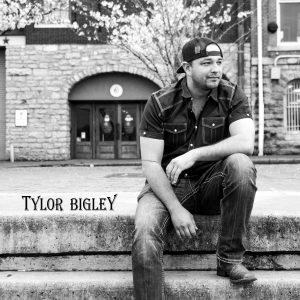 Tylor Bigley brings the classic country combo of heartbreak and whiskey to modern audiences with his debut single, “Whiskey on Your Heartache.”

Finding a love for singing at an early age, Lamon Records’ Tylor Bigley decided to go full time with his music career after entering a country artist contest. He remembers how he used to watch his favorite artists perform on stage and think to himself, “I want to be the guy on that stage telling my story.” Now that he has achieved this dream, he hasn’t forgotten where he came from.

“My inspiration is my story,” he shares. “The ups and downs in my life and this crazy road I’ve been on the past 4 years. When I perform, I get to show that emotion and tell my story.”

This transparency connects Tylor to his audience, giving them not only a sense of relatability, but also positivity that they can carry throughout their day. With lyrics that remind anyone of their own painful break-ups but upbeat melodies that you can listen to anytime and anywhere, his music resonates on multiple levels.

“Tylor’s debut single Whiskey On Your Heartache has all the right elements to be an instant country classic,” says Dave Moody, a two-time Grammy® nominated artist/producer who heads Lamon Records Nashville and produced the track. “It’s a great country song.”

“No matter who you are or where you’re from,” Tylor says, “at the end of the day we can all enjoy some country music, cold beer, and a good time.”

Audiences can get all three with Tylor’s single, set to release May 25th on iTunes, Amazon, and everywhere great music is sold. You can follow his story @tylorbigleymusic on Instagram and Facebook, and you can find  out more about all of Lamon Records artists at www.lamonrecords.com.