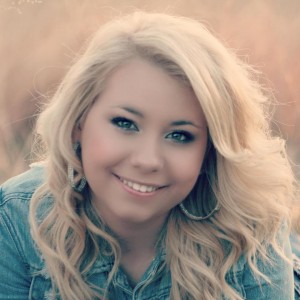 Kimberly Patrick may have a catchy hook with the title song from her new album “Simple Life,” but the spunky young singer/songwriter is anything but simple. March marks the release of her first full-length album with Lamon Records Nashville. The album showcases the Missouri native’s songwriting skills and highlights diverse aspects of growing up in a small town.

“Simple Life” was recorded in the historic Neve Room at Quad Studios in Nashville with Grammy nominated producer Dave Moody and a cast of Nashville’s finest studio musicians.

“It was an absolute blast,” recalls Kimberly. “I love love love watching the musicians and studio techs bring the songs to life. Dave Moody is an amazing producer and musician. He always knows exactly how I imagine my songs sounding. I had a great time getting to see how it’s all done and meeting so many wonderful musicians.”

Dave Moody, producer and president of Lamon Records, is always impressed with Kimberly’s lyrical abilities, her drive to succeed, and the heart behind her music.

“Kimberly is such an amazing talent. Her songwriting is real and relevant. And she delivers every note with her perfect pitch and tone,” says Moody.

The album lyrically links the past and present of simple living. Kimberly says she imagined an older couple looking back on their relationship in her cleverly written “The Truck Song.” It paints a warm and familiar picture of a love grown from the cab of an old pickup.

“I honestly believe ‘The Truck Song’ is one of the best country love songs I’ve heard in a long, long time,” says Moody.

The title track, “Simple Life,” hones in on life in Lampe, Missouri. It’s sweet glimpse of family and friends that have surrounded and supported Kimberly through her maturity into an artist. The song leaves listeners longing for green pastures, quaint downtowns, friendly faces, and easy living.

Kimberly humorously remembers witnessing a girl flirting with her date while she was on stage at a performance. “It’s really funny to look back on now, actually.” The incident inspired the song “Girl Better Back Up,” a tune that adds class and sass to the album, and shows that Kimberly can hold her own in more than just performing.

Kimberly Patrick’s first single, “Simple Life” has already released to radio and the album is set to release March 19th with videos from Lamon Records coming soon. For more on Kimberly and other Lamon artists, visit www.lamonrecords.com.