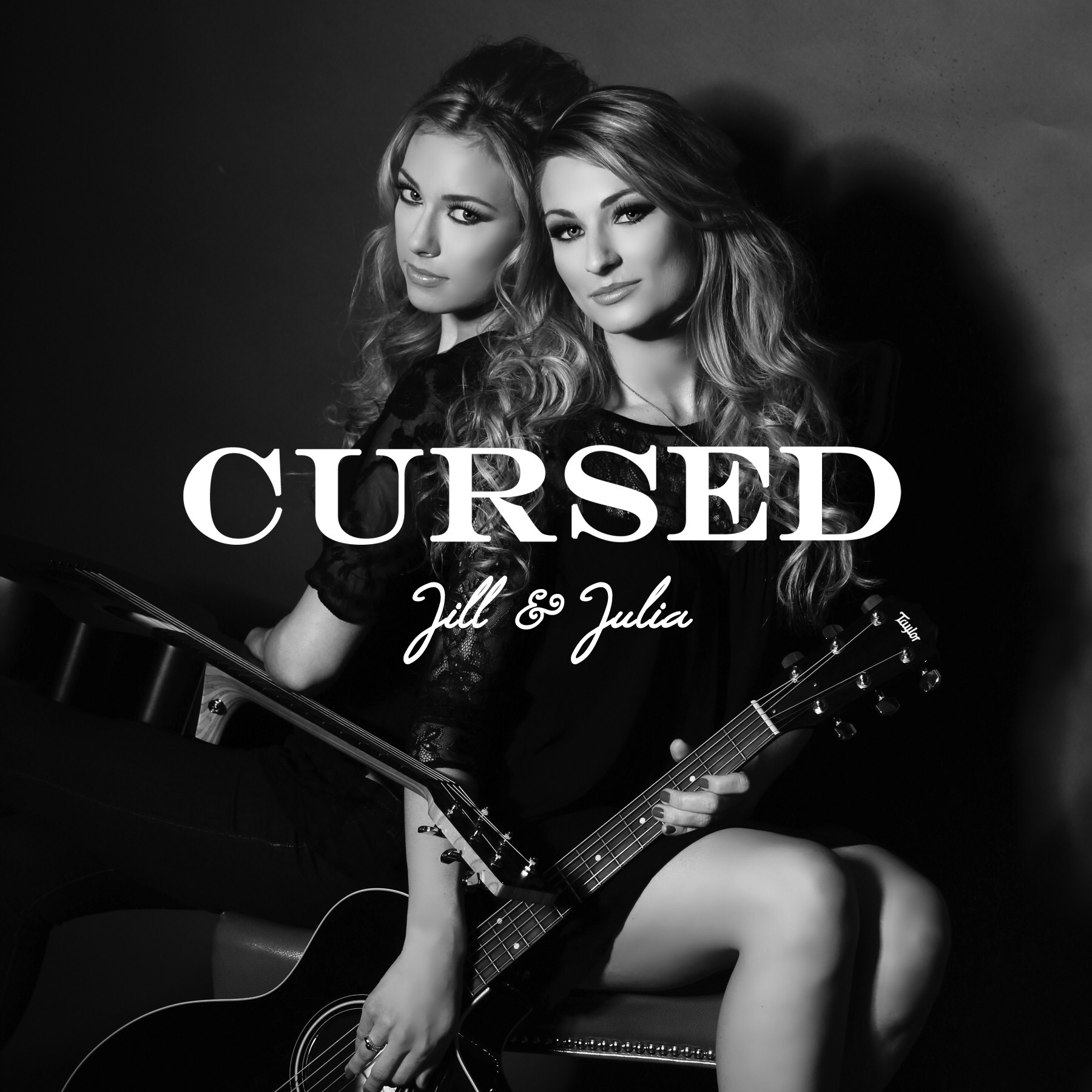 Jill and Julia may sing about being cursed, but their careers are anything but. 2014 was their debut year with Lamon Records Nashville. Their first single made waves on radio stations across the country. Now, with their likenesses on the cover of a new album in their signature black and lace and unique, dynamic harmonies in every song, the alt-country duo’s new project has blown reviewers away. Their first single and the title track to their latest album, “Cursed,” hits radio the week of January 19.

“Our new album ‘Cursed’ is a seven track explanation of our sound and who we are as songwriters and musicians,” says Julia. “We like to describe our music as alternative country because we see this album as not fitting into one specific genre, but rather many.”

With “Cursed,” Jill and Julia have crafted entrancing, intriguing, and all-out rocking visions of modern femme-fatale outlaw country. The songs inspire images of nomadic songstresses traveling the Old West, strong, confident, and out for revenge. In addition to the initial single and other standout tracks, the album features a new take on “Achy Breaky Heart” by Billy Ray Cyrus. Covers are immensely popular and the girls gave the early nineties hit a slower, pensive tone.

“We had a lot of fun working on this album, in addition to recording and being able to share original music we have written, we also opted to included two covers as well,” Jill explains. “Our renditions of “Achey Breaky Heart” by Billy Ray Cyrus and “Royals” by Lorde (which is part of an upcoming Lamon Records cover series) allow us to show listeners songs they already know but with our own specific style added to them.”

The duo made a solid buzz on radio stations nationwide with their first single “Wildfire” during 2014. Julia explains that the new album carries similar themes from their first EP, but amplified.

“What a musical journey we’ve been on the past 15 months or so with Jill and Julia,” says Dave Moody, President and CEO of Lamon Records. “It’s fabulous to see young artists growing in their songwriting and vocal talent, and I believe the new album ‘Cursed’ has defined a style that is truly their own. Haunting melodies and tight unique harmony lines really move their music! We’re excited about letting folks hear their new stuff.”

Jill and Julia say that their hopes for “Cursed” are to get it into as many hands and on as many minds as possible. They also hope to gain more opportunities for live performances.

Listen for “Cursed” the single out now on radio stations nationwide. The album of the same name to be available on iTunes, Amazon, and everywhere music is sold on February 10. For more on Jill and Julia and other Lamon Records artists, visit www.lamonrecords.com.