Lamon Records is proud to announce the release of Nashville songwriting legend Chris Gantry’s album Live from the Filming Station. Gantry signed with Lamon in mid 2014. John Partipilo of The Tennessean describes him perfectly: “He’s a counter-culture guy, and he’s an evangelical artist who preaches the gospel of creativity.”

He wrote songs recorded by Dolly Parton, Johnny Cash, Glen Campbell (including “Dreams of the Everyday Housewife” in 1968), Reba McEntire, and more. He became what Country Music Hall of Fame inductee, actor, and friend Kris Kristofferson has called “the most consistent, dedicated, creative artist that I have ever known in my life.”

He has played everywhere in Nashville since the 1960s, from the coming and going slew of smokey dive bars to the Ryman Auditorium.

Chris Gantry grew up in Queens, N.Y. He began to explore his talents as a teen, learning to play guitar and practicing performance skills at local talent shows in high school. He and a friend even landed a short-lived record deal, performing under the name Tom and Jerry.

In 1963 at the age of 21, Gantry moved to Nashville. He soon fell in with a group of like-minded and talented sojourners such as Kristofferson, Shel Silverstein, Billy Swan, Donnie Fritts, John Hartford, and Vince Matthews. They shared, explored, caroused, and made art together; a spirit of camaraderie and creativity that Gantry suggests is gone in today’s Nashville.

Gantry put out four albums of his own. 1970’s Motor Mouth received critical acclaim and includes one of his signature songs, “Allegheny,” which was later recorded by Johnny Cash.

By the 1970s, Gantry and his cohorts could feel the tone of Music Row changing. He moved to Key West, Florida in the 1980s, swapping “star maker machinery” for sunnier skies.

“Sing that anthem of redemption, of freedom, of love so deep it paralyzes your soul when you hear it,” Gantry writes in his book “Gypsy Dreamers in the Alley: Seekers of the Mystical Art Of Song,” a collection of Gantry’s Facebook posts on music, popular culture, interactions with friends, and music. “We’re tired of your wishy washy hooks and tag lines, your moronic twists and double-meanings, those sad, pathetic commentaries of self-entitlement, dreary country epithets about tailgate parties and beer, silly, testosteronic love affairs with high school girls…..” Kristofferson and Dolly Parton both contributed to the forward of the book.

Gantry’s latest project, “Live at the Filming Station,” is a collection of recordings to bolster anticipation for his next full-length album, “Gantry Rides Again.” Inspired by the classic films of John Wayne, Jimmy Stewart, and old spaghetti westerns, Gantry Rides again is due out first quarter of 2015. A Kickstarter campaign will begin this month to aid in funding video production and promotion of the project.

“We are honored to be working with Chris,” says Lamon Records CEO and Grammy nominated artist Dave Moody. “He’s such a legendary songwriter who is truly in the prime of his creativity, and that’s saying a bunch considering his years of musical accomplishments.”

In an interview with Partipilo, Gantry shares a bit of songwriting wisdom aspiring artists in Nashville today could learn from:

“It’s not about success and money and fame, it’s about being true to yourself,” Gantry says. “If you’re driven by the desire to create beautiful works, or at least sincere, honest works, then you should spend your time uncovering that reality. Go into those recesses, those lonely places, and discover who you are. I would have better luck finding that out in a state of loneliness, rather than throwing myself in a room full of writers who can knock out something in 20 minutes that might make a fortune but does nothing for the evolution of soul and spirit.”

“Live at the Filming Station” is available now on iTunes, Amazon, the Lamon Records store, and everywhere music is sold. “Like” Chris Gantry on Facebook or visit www.chrisgantry.com for updates on the Kickstarter project and to find out how you can contribute. For more on Chris and other Lamon Records artists, visit www.lamonrecords.com. 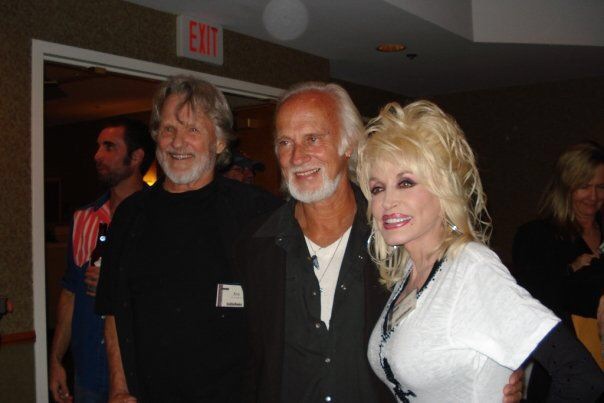