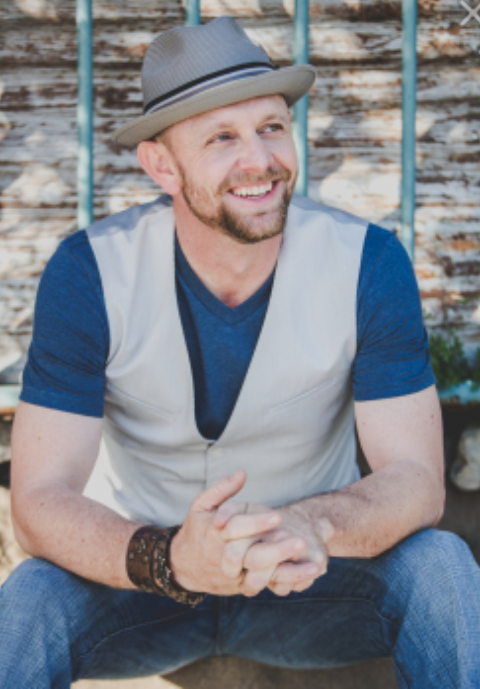 “You drive hundreds of miles to get beat up on and sleep in a car,” Mike jokes.

While serving as the worship leader at his local church, he felt a life-altering call to retire from riding and work on a music project with a slightly different inspiration. He aspired to reach a new audience with the same classic Texas country sound he honed on the road, but spreading the message of The Gospel. As anticipation grew with the completion of “Hope and Broadway,” so did the support from his home congregation.

The project fuses his rough-around-the-edges, gritty, red dirty country roots with an honest, sincere, spiritual journey. His first single will be “Can I Get An Amen,” and he is currently filming the music video for the song.

“I hope (DJs) realize that they’re spreading a message that can turn someone’s day around. A message that reminds someone what ‘living’ is all about. It’s good stuff,” says Mike.

“Mike Sanford is a unique faith-driven Americana talent,” says Lamon Records’ president and Grammy nominated, Dove award winning producer Dave Moody. “His songwriting is current and fresh, and he has a voice that transcends multiple genres.”

Industry veteran Nancy Tunick has this to say about Mike and his album:

“Having heard a lot of music from artists at varying stages of their careers while as VP Promotion at Warner Bros and Asylum Records and as Managing Partner at GrassRoots Promotion, I have rarely heard an artist who surprised me in the way that Mike Sanford did with his latest project. His voice and production have a gritty, modern take on country music mixed with a red dirt feel, but his lyrics have an unexpected spiritual depth. I am new to the music world of Mike Sanford but I have quickly become a serious fan.”

Mike Sanford’s first single, “Can I Get An Amen,” will be released to radio September 27th with a music video to follow. “Hope and Broadway” will be available on Lamon Records October 21st on Amazon, iTunes, and everywhere music is sold. For more information on Mike and other Lamon Records artists, visit www.lamonrecords.com.