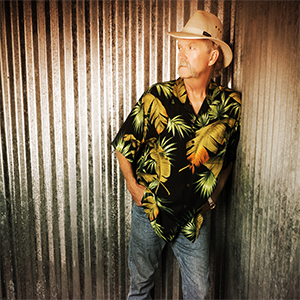 NASHVILLE – Lenny Wilde has been making music since the late sixties. Wilde was the lead singer of the renowned Canadian country/rock band Whisky Hollow, recording three albums and 14 charted singles.

The group hosted their own internationally syndicated TV series and was nominated twice as best performing group of the year in Canada.

Wilde continued writing and performing when he came to the U.S. in 1992. In 2007 he was awarded the prestigious American Federation of Musicians “member of the year” award.

His latest solo album is entitled “Savannah Nights.” Recorded in the Americana style, the album is a blend of classic rock, country and blues which reflects Lenny’s diverse musical background. “Savannah Nights” showcases Wilde’s writing and performing talents along with his flair for light- hearted unique lyrics. The artist not only sang and wrote all the songs on the CD, but also played keyboards, mandolin and jaw harp.

The single “Wasted Youth” is being released to radio in October 2016. The album will be released worldwide on November 4, 2016.

“We’re excited about the first single and this album,” says Dave Moody, president of Lamon Records Nashville, who has licensed and is distributing Wilde’s new album.

“Savannah Nights” was recorded at Gadgetbox Studio in Santa Cruz, California while Wilde lived in nearby Pacific Grove. The session was produced by Andy Zenczak and features a line-up of some of California’s finest musicians and singers.

For more on Lenny Wilde and other Lamon artists, visit www.lamonrecords.com. You can also check out Wilde’s artist page at www.lennywilde.com. For concert updates, events, and releases, stay up to date with Lenny Wildes and Lamon Records on Facebook, Twitter, Instagram and other media outlets.