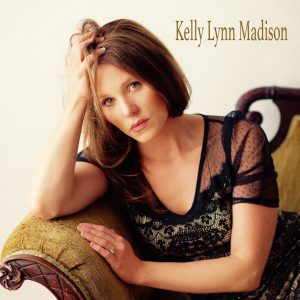 Kelly Lynn Madison got her start in music at a young age with her first vocal competition resulting in a trip to Nashville to perform as a finalist for the Christian Music Association at the age of 17.  The next year, she received a vocal scholarship just out of high school with the opportunity to travel the world in the broadway style production of “Roads” in the Up With People Worldsmart Leadership Program.

Kelly then went on to record the background vocals on Canadian Country Artist Dean Tuftin’s album “I’m Not So Little Anymore” and had the opportunity to tour with Dean and open for acts like Sara Evans and others.  This led to Kelly’s two-year stay in Nashville to try her luck at being a studio background vocalist.  Now, from backup singer to lead vocalist, Kelly has released her first solo singles entitled “So Long” and “Man I Thought You Were” on Lamon Records.

Kelly’s main influences have been Shania Twain and Loretta Lynn. Aspiring to bring music onto the scene that reflects an old time country feel with songs that make you want to get up and dance and are just plain fun. The inspiration behind her music comes from a desire to bring back a little of the old-time country and add a little modern flair to it.  Kelly has been performing on stage for years and her live shows are full of energy and spirit. She loves to sing and it really shows on stage. Her favorite types of venues are the small hometown tucked away places where you can really see your audience and connect with them. Her favorite performance memory was singing the duet “Jackson” with Sunny Ledfurd in an old historic tavern.

Kelly resides in Bend, Oregon with her family where you’d most likely find her enjoying the outdoors; skiing, paddle boarding and hiking through the Three Sisters Wilderness.

For more on Kelly Lynn Madison and her new single and video “So Long” visit www.lamonrecords.com.  You can find Kelly’s new music on iTunes, Amazon, Spotify and elsewhere on its June 30, 2017 release date worldwide.