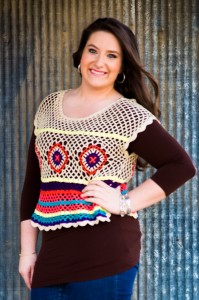 Singer/songwriter Brooklyn McKenzie signed with Lamon Records in 2012 and has recently recorded her first 4 song EP.

Brooklyn was a contestant in the 2012 Music Artist Talent Search sponsored by Lamon Records Nashville at the Gideon Film Festival. Producer Dave Moody took notice of her talent right away, impressed by the young artist’s lyrical style and sultry pop voice.

“Brooklyn is a very talented singer and songwriter,” says Dave. “Her vocal style draws from several genres to make up her own unique sound.”

Brooklyn, a high school senior from Sandy Hook, MS, first sang in church at the age of two. Her grandmother taught her to sing scales and her father built a stage in her room so she could practice performing. She is a member of her school’s show choir and was elected to Mississippi All-State Show Choir three years in a row. Her parents accompanied her to the recording session and beamed with pride while she settled into the vocal booth.

It has been a goal of hers to record an original song, as well as add a few new songs to her repertoire. Recording in Nashville at historic Quad Studios is a dream come true for Brooklyn. “I can’t believe I’m actually doing this. It’s so cool,” she says.

Brooklyn is the most comfortable at the studio’s beautiful Baby Grand piano. She played her original tune, the soulful, Adele-influenced “Tonight,” for the band before they recorded the instrumentation. Her album will also feature new pop country songs, “Somehow Someway” and “Where Have I Been All My Life.”

Her album is expected to be released March 26. For more information on Brooklyn and other Lamon Records artists, visit www.lamonrecords.com