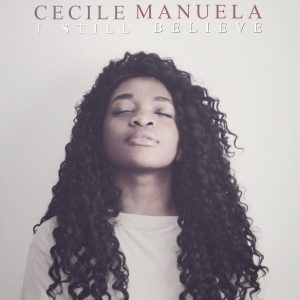 From humble beginnings, Cécile Manuela now uses her musical influence to help bring others hope and comfort. One of seven children, Cécile moved to the United States with her family from Cameroon, Africa when she was ten years old.

“The difference between life here and there was night and day,” she recalls. “The basic needs that we would struggle to get in my old life- food, shelter, clean water- suddenly were available in abundance. To a child who had none of these before, I felt like I was the richest person in the world. And in that mindset, I abandoned God.”

No stranger to hardship, Cécile felt that she was damaged. It was only in college that she met someone who would change her life forever. “He was the first guy who was interested in my spiritual well-being and he re-introduced me to God,” Cécile shares. “And God delivered me from my afflictions by offering me the greatest treasure in life that nothing materialistic can buy: soul fulfillment.” This radical life change brought Cécile to where she is now- using her music to help re-introduce God to others.

Cécile’s start in music came early with her family, especially her dad. Now she pursues it full time, never forgetting her roots. Her contemporary-Christian album merges upbeat modern music with traditional familiarity. With lyrics full of hope, her songs uplift audiences and ultimately point to God. Cécile’s beautiful and soulful vocals tell stories of her own personal experiences, helping her relate to people who may be going through something similar.

Cécile believes her music will speak to audiences today who are experiencing depression, anger, sadness, and distrust in God. “Now more than ever, we need to be kind and care for one another. Through my music, I want people to realize God is real, and that having a relationship with him is the most important thing that can happen to their lives.”

Cécile Manuela’s first single “I Still Believe” will be released to radio in September 2019 and can be found everywhere music is sold, including iTunes and Amazon, on September 20th.  A lyric video of the single is available here on YouTube.  You can follow Cécile’s music at www.cecilemanuela.com and read more about Lamon Records at www.lamonrecords.com.