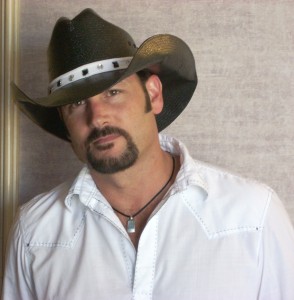 Country music’s influence knows no bounds. Today our industry finds their gems in unlikely places, like Sagamore Beach, Massachusetts. This is what happened with singer/songwriter Scott Hooper, who recently signed with Lamon Records.

Scott began singing country music in the Bay State at a young age and paired his voice with a guitar at age 15. While developing his talent, he found a skill to set him apart and keep country music fans all over New England entertained – he could alter his voice to sound like a variety of artists.

Scott began to imitate the likes of Bob Seger, Bon Jovi, Brooks & Dunn, Tim McGraw, as well as Lynyrd Skynyrd and Elvis while his natural charisma gave him a magnetic stage presence. His cover band successfully toured the United States. However, Scott’s heart kept calling him back to country music. He dissolved the band and took to writing his own material with his brother Stephen and his wife Cara.

“I tend to like songs with high energy and songs that make a person think,” Scott said. “I like upbeat, driving songs that just might make the listener want to ‘step on it’. The songs that touch a listener, that might make them reflect and feel happy, are always very rewarding to me.”

The trio has a catalog of over 40 songs together and several of them are slated to be recorded this month in Nashville for Scotts upcoming album with Lamon Records.

Dave Moody, Grammy nominated/Dove Award winning artist/producer and President of Lamon Records will produce the album. “Scott has a strong, modern, Country voice,” Dave said. “His songwriting is very contemporary and commercial. Our staff was very impressed with his vocal range as well as the songs he’s writing.”