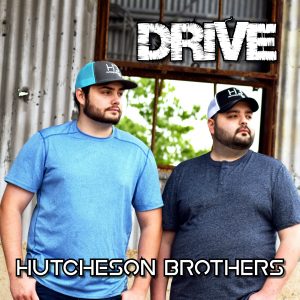 The Hutcheson Brothers, Jon and Brandon, are singer-songwriters, multi-nominated and award-winning musicians, and Nashville recording artists from northwest Tennessee. Natives of Lake County, Tennessee, Jon and Brandon come from a musical family. Their mother, Lorie, is a charting country gospel artist, and their great uncle, Buck Hutcheson, was a 60-plus year guitarist for The Memphis Beats, the backing band for the legendary ‘Killer’ of Rock ‘n’ Roll, Jerry Lee Lewis. With family serving as their foundation of musical influences, the brothers have also been inspired by artists such as Garth Brooks, Keith Urban, John Mayer, and Dan+Shay.

“At first, I never really thought about attempting a career in music,” Brandon recalls. “Initially I wanted to teach and coach football – even though I had always enjoyed it. When Jon started playing and singing, I started helping him practice and prepare for shows. I had developed a little bit as a percussionist and sang a little, so we’d practice together. Then in 2015, we were asked to become part of a band – I was the drummer, and Jon was the lead guitarist and we both sang. We did that for about 4 years, and once that was over we naturally began working together on a full time basis.”

Driven by the thrill of performing and writing songs that hopefully make a connection with people, the Hutcheson Brothers proudly fly the banner of country music, which reflects their hometown values and southern roots. “We hope people will gain a sense of honesty and understanding from our music,” explains Brandon. “We write from the heart, and in our heart is where we’re from, the people that we know and love, and our experiences. We don’t write or perform anything that we don’t have some sort of connection with or something we don’t understand. So, hopefully, when people hear our music, they get to know a little something about us – and hopefully, they like what they hear.”

They have performed in various venues and events across the southern U.S., including the Tennessee Honey Festival, a private screening of the Ken Burns’ Country Music documentary, the legendary and world renowned Bluebird Cafe in Nashville, TN, and at the 2019 NFL Draft, held in downtown Nashville, with millions of people in attendance. The Hutcheson Brothers’ debut EP, released in July 2019, features songs all written by Jon and Brandon. The EP is available on all digital and streaming music sites worldwide. Songs featured include the hard-charging ‘Drive’, as well as ‘Mississippi River Town’ (a nod to growing up in a small town along the Mississippi River), and ‘Chillin’ (a summertime beach anthem).

“Lyrically, the inspiration is based off of our experiences, where we’re from, and things like that,” Jon shares. “Musically, we hope you hear a little Keith Urban or John Mayer, maybe some Garth, Haggard, Jerry Lee Lewis, or Maroon 5 – because those are some of the people who have influenced us over the years. But we try to compose our music in way where you may hear some of that influence, but put our own touch to it. We love country music, both in the classic sense, but also in a more progressive sense. We’re inspired by rockabilly, R&B, Pop, rock, and so on. So, our music is kind of a big melting pot of inspiration, but the foundation of it is always country.”

“We’re excited about working with Jon and Brandon to bring their music to a broader audience,” says Dave Moody, Lamon Records, President.  “We think they’re a great country duo and a couple of talented songwriters showcased in their new single “Drive.”

The Hutcheson Brothers are on Facebook, Instagram, and YouTube under Hutcheson Brothers Music. For up to date information on shows and other announcements, you can follow their social media pages. To learn more about Lamon Records Nashville, visit www.lamonrecords.com.