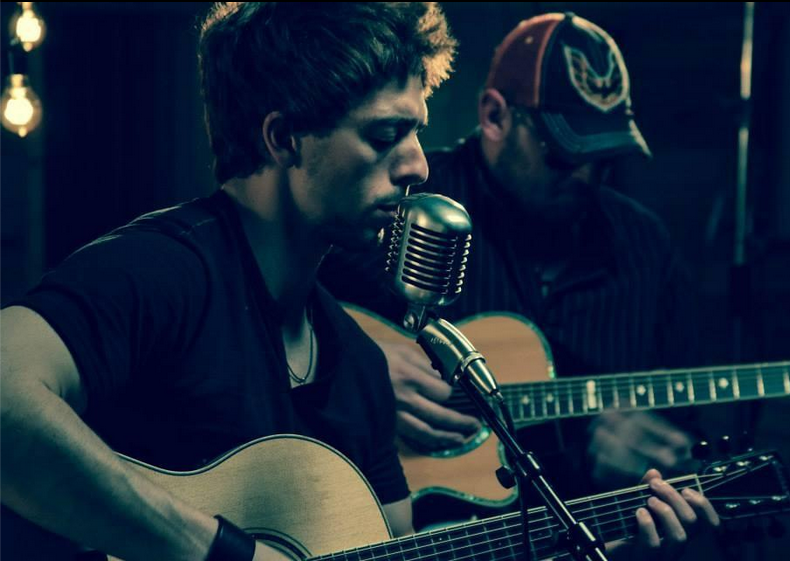 Sean Guerrero is an artist with a vision and an unlikely start in music. He grew up in the church and never wanted to sing in front of crowds. A friend urged him to do an impromptu acoustic version of “Amazing Grace” in private. Sean was overwhelmed by the song’s meaning and his own untapped talent. He hasn’t stopped sharing his gift of music since.

Sean Guerrero, born in Long Beach, California, spent his younger years living overseas in Europe (as his dad served in the US military) and has traveled all over the world. Dabbling in music from that moment in church, Sean found limited success with his first two bands. Lately he’s felt the nudge to explore songwriting and pursue a solo career. Sean and his previous bands have shared the stage with such artists as Building 429, Chris Daughtry, and Five Finger Death Punch, with crowds ranging from 15 to 5,000 fans. He and his bands have had radio airtime as well.

Through all of this, Sean gained purpose and direction for his music. His goal is to generate a sound and style of music that touches every ear and heart across the world. In both mainstream and Christian markets, he hopes to leave a positive impact on people through lyrics, message, and sound.

He came to Lamon Records with an inspired piece, “Walls,” and was confident in Dave Moody. As President of the label, producer, music video director, Dave is excited to add Sean’s unique sound to the Lamon catalog of artists.

“Sean is one of the most gifted songwriters and creative musical artists I’ve had the pleasure of working with,” Dave says. “His songs are relevant and his vocal style speaks to a broad audience.”

He has the rocker look down, without a doubt. His cool, dark attire and leather and gunmetal accents are foiled in the best way – by his warm and encouraging personality.

The music video for ‘Walls’ was entirely his concept. The project allowed for many production firsts for both Sean and the Elevating Entertainment team. It was shot in Lebanon, Nashville, and Mt. Juliet, TN and features actress Jen Gotzon (Frost/Nixon, God’s Country). The “Walls” sound and production is edgy with a hopeful, anti-suicide message that embodies the uplifting spirit Sean radiates.

A man of varied talents, Sean’s passions remain in his strong Christian faith, music, and making friends everywhere. His hobbies include acting, extreme sports, surfing, traveling, and skiing. Like his father who proudly served in the US Military, Sean spent time in Iraq and Afghanistan.

Sean Guerrero’s first single and video, “Walls,” will be released to iTunes next month and the video can be seen on the Lamon Records YouTube page. For more on Sean and other Lamon Records artists, visit our homepage at www.lamonrecords.com