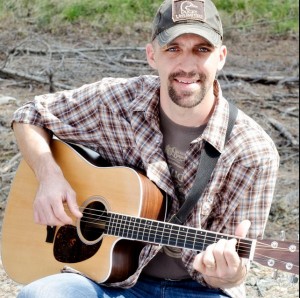 New Bern, North Carolina native David Langston has raw talent, burning drive and curiosity, and a fun-loving spirit. Lamon Records Nashville is proud to add this country singer/songwriter to their roster of artists. His first EP, “Langston Country,” and music video for the first single, “Lovin’ All Night Long,” are expected to be released in May. The single ships to radio this week.

David grew up around music, taking after his mother who played piano in church. As a youngster, he asked his church’s drummer how to play and by age 11, he was playing in the praise band to the congregation. He picked up the guitar and bass as well, even taking piano lessons, but found his musical talents came naturally as he learned Kenny G by ear.

David even married into a musical family. His father-in-law was a pianist and introduced him to recording equipment. Upon his passing, David inherited the equipment and seeing a silver lining in the dark cloud of tragedy, David penned a touching tribute to his late father-in-law entitled “Memory (Dave’s Song)” which can be found on the EP.

While working for a Sheriff’s Department in eastern NC, David was in a traffic accident that led to a long recovery. His family and his dream of recording music inspired him to get well and work on writing songs while taking time off of work. As soon as he was able, planned a trip to Nashville during CMA Fan Fair.

He met producer and President of Lamon Records Dave Moody and was able to share his story directly. After recording at historic Quad Studios in Nashville, David made a trip to Kentucky to film the video for his first single “Lovin’ All Night Long.” The catchy song centers around a couple keeping their romance free and easy on dark Southern summer nights. The video portrays innocent teenaged love and an over-the-top protective father played by David. According to the Elevating Entertainment team, David was completely in the moment and kept the mood on set hilarious. He imagined he may feel the same as his character someday in the distant future when his own daughter starts dating.

“During the video, I couldn’t help but goof off a little, but it was great fun,” David says.

Other songs on the EP include “Hangin’ Tree Ranch,” a tribute to a local rodeo where David performs and “She’s Country,” about the escapades of a dangerously flirtatious Southern socialite.

Life has had ups and downs for David Langston, but he keeps positive and continues living his dream of making music in Nashville with Lamon Records.

“Like anyone else,” David says, “I have had a plenty of reasons to roll over and give up, but I have a more reasons to live and live well than give up.”

David Langston’s first EP with Lamon Records, “Langston Country,” will be released to iTunes and in the Lamon Records online store on May 7. For more information on David and other Lamon Records artists, visit www.lamonrecords.com.