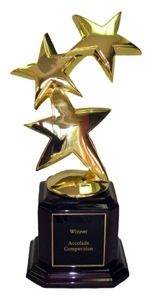 Sean Guerrero, in association with Elevating Entertainment, has won a prestigious Award of Merit from The Accolade Competition. the award was given for Sean’s music video, Walls, the first single from Lamon Records. “Walls” features award-winning actress Jenn Gotzon and raises awareness for mental illness and warnings against suicide.

Christian rocker Sean Guerrero was humbled by the news and commented, “Jesus came to give life – not abuse the weak; therefore, God gave life in the most unexpected way through love…Unexpected shockers have the best results in due season!”

The Accolade recognizes film, television, videography, and new media professionals who demonstrate exceptional achievement in craft and creativity, and those who produce standout entertainment or contribute to profound social change. Entries are judged by highly qualified professionals in the film and television industry. Information about The Accolade and a list of recent winners can be found at www.theaccolade.net.

In winning an Accolade, Elevating Entertainment joins the ranks of other high-profile winners of the internationally respected award. Thomas Baker, Ph. D., who chairs The Accolade, had this to say about the latest winners, “The accolade is not an easy award to win. Entries are received from around the world. The Accolade helps set the standard for craft and creativity. The judges were pleased with the exceptionally high quality of entries. the goal of The Accolade is to help winners achieve the recognition they deserve.”