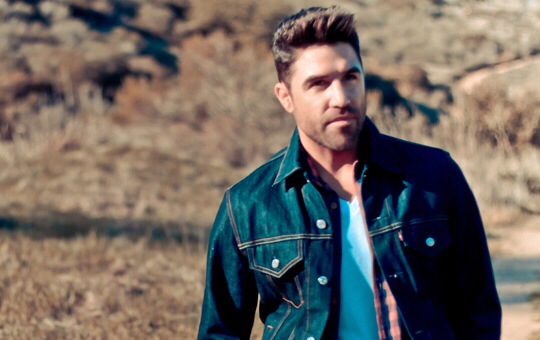 Jake London’s video for “Somewhere Down the Road” looks like it’s been pulled from a box of old home movies, which may be the highest compliment you could give him.

“I came to the director with the vintage/throwback feel in mind from the very start. I love everything vintage,” the L.A.-based artist tells CMT Edge. “The music of the late ‘60s and early ‘70s really moves me. I wish I were in Laurel Canyon with CSNY and Joni Mitchell or in the Greenwich Village with Dylan. If I turn on the Eagles’ Greatest Hits, I’ll want to drive through Arizona. If I turn on a Tom Petty record, I’ll just want to drive anywhere.”

London remembers he was starting a new romantic relationship when he wrote “Somewhere Down the Road,” and there’s definitely a flirtatious feel to the video.

“I’ve always had this nomadic sense of wonder about life but no one to really share that with until I met the girl mentioned in the song. She was and still is a breath of fresh air to me,” London says. “Playing music and traveling for a living can take its toll on a relationship, but every time I play that song, I’m reminded that I might not be where I am without them. It reminds me that I have someone who is my home no matter where I am.”

Grieving the loss of a brother who died at age 30 from a heart attack, London became a surf bum for a couple of months before turning to his barely-used guitar for comfort. After crafting a few songs, he tried some open mic nights and realized he’d found his calling. Now he’s booked several shows along the West Coast this summer, from San Diego to Seattle.

“I still have the receipt from my bar tab on the very first night I mustered up the courage to ask the house band of a dive bar to sit in for a few songs,” London recalls. “I was so incredibly nervous, and that performance showed it. It certainly took some time to be OK enough with how I felt about my voice and playing to be comfortable. My nerves would tend to get the best of me early on.

“I’d still tell you today I’m never really fully comfortable, but I think if you are too comfortable, something is wrong,” he adds. “I play with the same passion I did when I first started. I’m just a little less nervous, and I now know what I’m doing a bit more … at least I think I know what I am doing. But that’s the trick … act like you know what you are doing.”