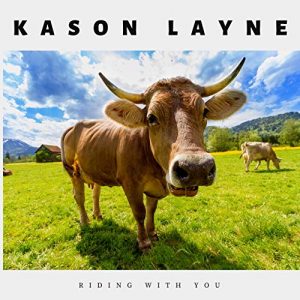 Founded in 2007, Kason Layne merges traditional Southern Rock with modern country. With a sound that blends all of their influences, the best of Southern Rock, Modern Country, and classic honky-tonk, Kason Layne has tapped into a sound reminiscent of the “outlaw” movement of the 70’s.

Their debut single, “Miss You Bad,” charted after opening for artists including Luke Bryan, Thomas Rhett, Brantley Gilbert, and Chris Young. Through their dedication to hard work, visiting radio stations, and playing throughout bars and colleges, Kason Layne started to see success in their music debut. Their album “Living It Up” received distribution throughout the south and landed spots on both the Billboard Country Albums chart and the Music Row Album chart.

“We want to make our audience feel emotion. If the music isn’t real, it’s not worth putting out there.” Staying true to who they are and where they come from, the band’s music makes people feel at home. Using struggles and their own ups and downs, their music stays relatable and current for listeners.

Kason Layne’s new album “Riding with You” on Lamon Records Nashville releases January 10, 2020, available where all great music is sold, including iTunes and Amazon. The first radio single from the collection is “Country Side of Me.”  You can follow the band at www.kasonlayne.com as well as on social media @kasonlayne. Find out more from Lamon Records at www.lamonrecords.com.