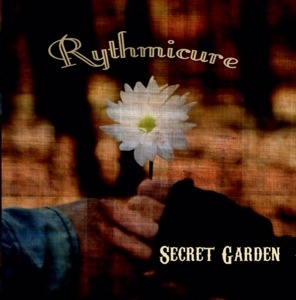 Lamon Records is releasing the third studio album from Rythmicure, available January 28th. “Secret Garden” is a departure for the group’s usual Christian take on Rock and Roll classics. Past albums have included inspirational versions of songs by AC/DC, Journey, and Aerosmith. This is the first album to feature their original material, creating an entirely different sound for the group. Every song on the album stems from the emotions derived from a proverbial ‘Secret Garden’: relationships, creativity, solitude, and praising. Evoking everything from security and and hopefulness, to loneliness and yearning, the album chronicles a journey to find a personal ‘Secret Garden.’

The song “Eyes” goes back to the early days of the group. It was the song Karla sang when auditioning for Rythmicure. Her performance and love for The Lord won Dan over, turning Rythmicure from singer/songwriter act into a duo. This was the beginning of the partnership as musical collaborators, as well as their relationship as husband and wife.

They were thrilled to be given the opportunity to sing one of producer Dave Moody’s original songs. On the track “Let Me Hear You Praise Him,” listeners can hear the two letting loose and having a great time making the song their own.

The video for their first single, “Stay,” is very different from their previous projects as well. The story loosely centers around the Parable of the Sower from the book of Matthew. Dan and Karla enjoyed dressing the part and exploring staging a Great Depression-era video.

Other highlights on the album are “Lay Your Hands On Me,” which showcases Dan’s vocal performance. The ethereal title track will warrant a second inspiring music video due to be filmed in late spring of 2014.

“The song ‘Secret Garden’ was written by Dan with the idea of trying to find clarity in relationships,” says Karla. “Whether that is with God, your partner, or whoever is closest to you. Once you find that clarity, it’s an incredible feeling.”

“Dan and Karla enjoy music so much that it resonates in their performances,” says label president and producer Dave Moody. “Dan’s original music with Karla’s lyrical input has really come together to make their best record to date. I can’t wait for folks to hear the new tracks and sound of Rythmicure.”

“This is all part of our journey, to find our ‘Secret Garden,'” says Rythmicure. “Hopefully this CD can help others find theirs.”

Look for “Secret Garden” on iTunes and everywhere music is sold. For more information on Rythmicure and other Lamon Records artists, visit www.lamonrecords.com.