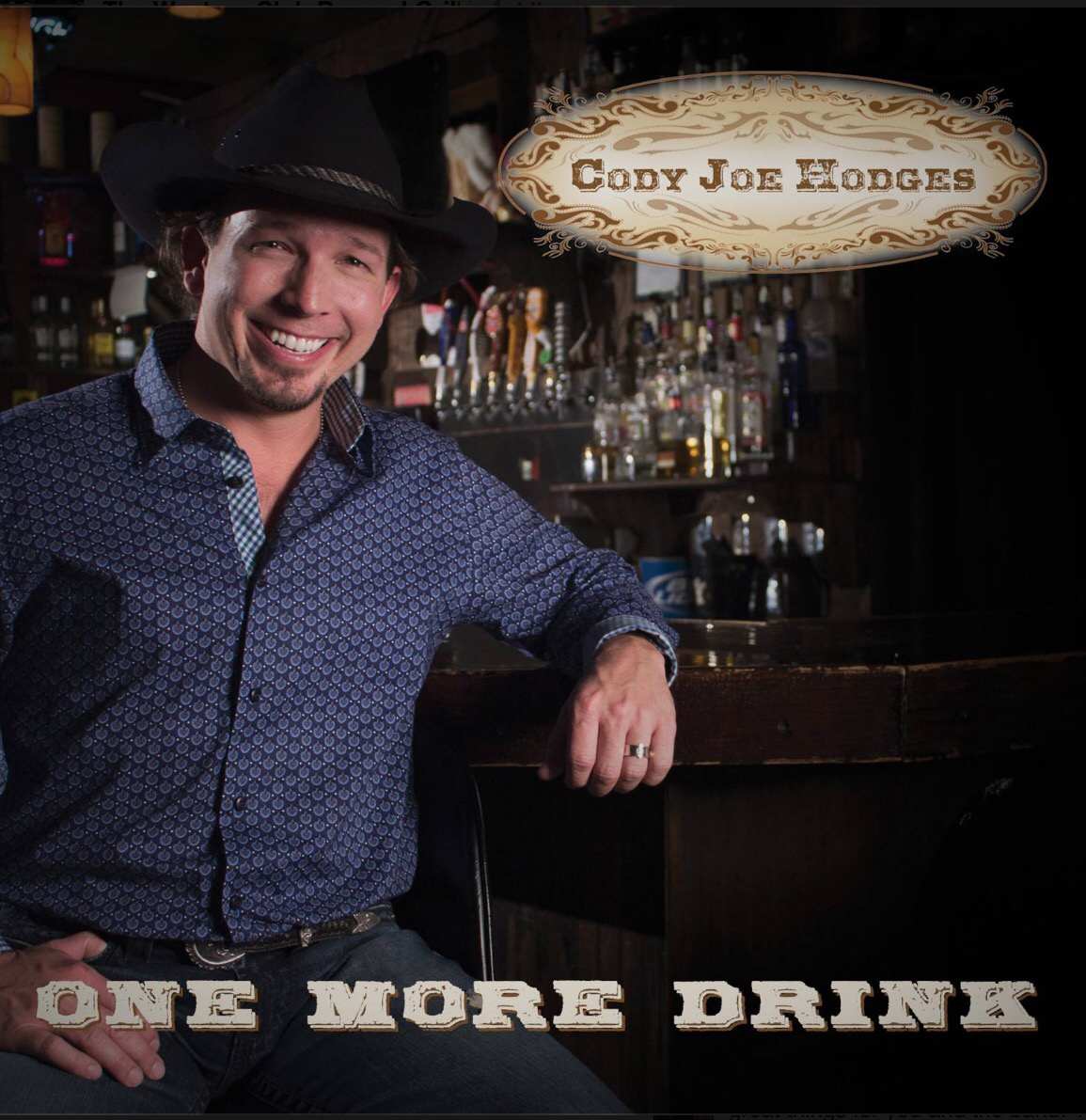 “Cody Joe Hodges is a true country singer with deep roots in Texas,” says Dave Moody, producer of the project and CEO of Lamon Records. “His songwriting projects are authentic, since he’s lived some of what he’s singing about.” His latest project is rowdy, fun-loving, and just as authentic as his Southern accent and love for Texas.

His first single off the project of the same name, “One More Drink,” hits radio May 5th. Cody Joe wrote “One More Drink” with his wife, Jamie, while they were on vacation. He hopes people will learn the song and that it might become the next barroom anthem. He loves the response he gets from the audience when playing the song live

Another standout on the EP is the driving and dirty “Hellbent On Lovin’ You,” reaching the standard for the modern outlaw country sound. The four song EP was cut in Quad Studios Nashville as well as Kingswood Studios. It was produced by Grammy nominated artist and producer Dave Moody.

The music video was filmed at the popular Music City Bar and Grill in Nashville, just outside of the city. It follows a guy, who has already had his share, trying to get one more drink in a bar. After a round of missed opportunities with the bartender and a few ladies, he fights with a jealous man, a barstool, and a piñata. The scene is one calamity after another and aptly captures the tone of his clever drinking song and the fun-loving spirit of Cody Joe himself.

“Filming the video was incredible, so much fun! Josh Moody was the videographer and he did a fantastic job shooting the video and directing me, since this was the first ‘real video’ I’ve ever recorded. Josh’s fancy camera made me look real good!”

The singer-songwriter also has a wicked sense of humor. Cody Joe offers this to his fans who enjoy drinking games: “For those that want to play along, every time you hear ‘one more drink,’ you have to take a drink. Not that we want to encourage irresponsible drinking. I meant the non-alcoholic drink of your choice: water, juice, tea… not hot tea though, that could hurt someone.”

You can catch Cody Joe Hodges playing in various bars around College Station. Cody Joe also plans to make a few rounds on stages in Nashville during CMA Fan Fest weekend this June.  Look for Cody Joe’s EP “One More Drink” on iTunes, Amazon, and everywhere music is sold on May 5th. “One More Drink” can be heard on radio stations across the country now. For more on Cody Joe and other Lamon Records artists, visit www.lamonrecords.com. Keep up to date on tours, videos, and projects by checking out our Facebook, Twitter, and Instagram pages.