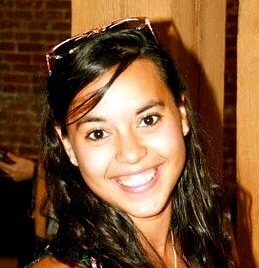 The winning song from Vanderbilt University’s first annual Vandy Star songwriting competition has been recorded and released on Lamon Records. Winner Sarah Jennings’ single, “Addicted To You” was recorded at Kingswood Studios in Nashville this August. Lamon plans to distribute the single internationally everywhere music is sold.

Vandy Star is a student songwriting contest to benefit Next Steps at Vanderbilt. Next Steps offers secondary education opportunities to students with special developmental needs. The contest was held in March, 2014 in Vanderbilt’s Ingram Music Hall.

Sarah Jennings said she entered the contest on a whim. She was overwhelmed and a bit surprised to be the first Vandy Star. The Divinity grad student from American Samoa had this to say about her songwriting process:

“I wrote this song while I was still in undergrad in Kentucky. I was dating this guy and just wrote the song out of the excitement experienced in our relationship. I no longer think about him when I sing the song, but I am able to look back at what I created and think about how that season with him couldn’t have been that bad if I was happy enough to write something like this.”

The production of the track is inspired by minimalist modern pop. Sarah sent over songs from Phoenix and Ingrid Michaelson as inspiration points for the Lamon crew. Creative Services head Josh Moody produced the track.

The recording experience went quickly and smoothly, as Sarah played keys and sang vocals like a pro.

“I could actually sing at normal levels without fear of waking up the roommate upstairs,” says Jennings. “It was a very cool experience. I wish I could have spent even more time in there.”

Vandy Star winner Sarah Jennings’ single, “Addicted To You,” can be heard on radio stations across the country. It can also be found on Amazon, iTunes, and everywhere music is sold. For more about Next Steps Vanderbilt and the Vandy Star songwriting contest, visit www.nextsteps.vanderbilt.edu. For more information on Sarah and other Lamon Records artists, visit www.lamonrecords.com.