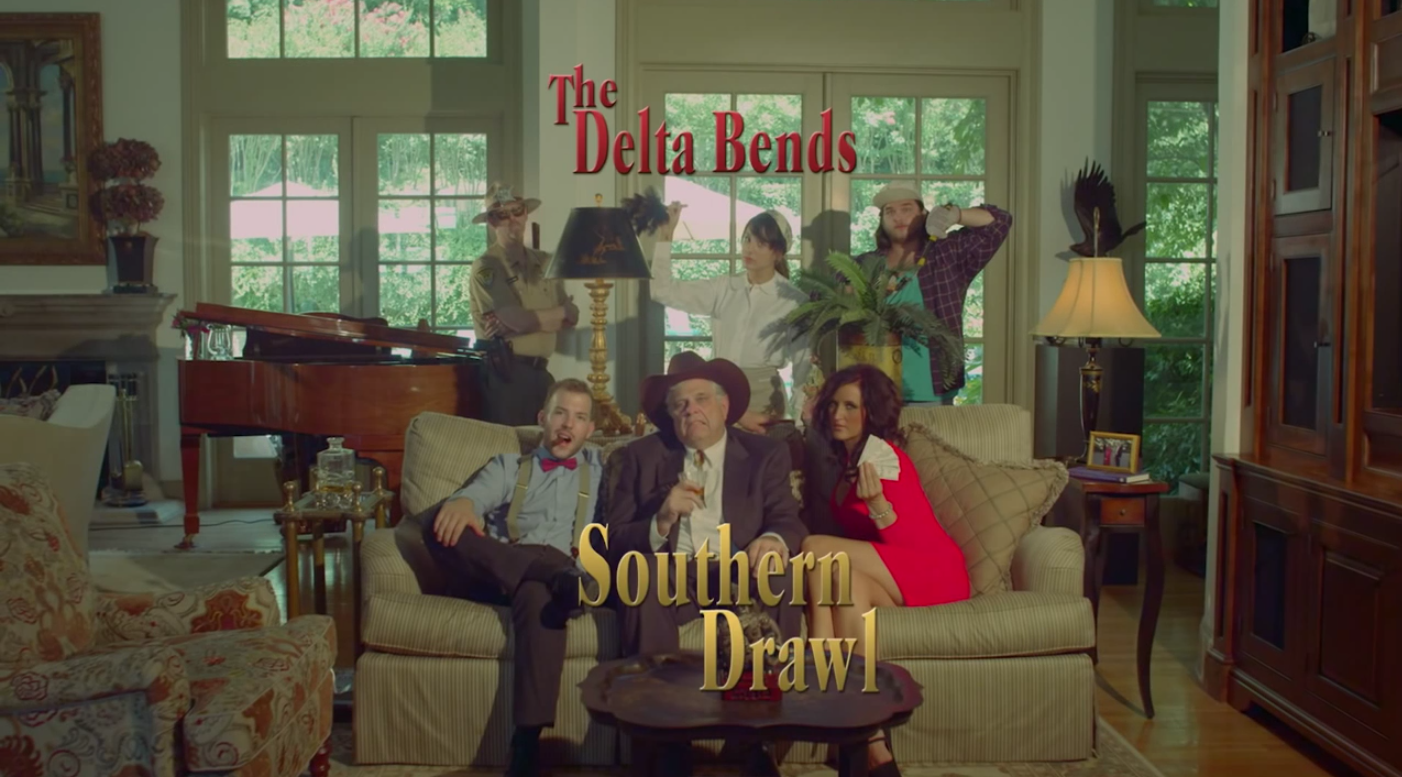 The Delta Bends first single, “Southern Drawl,” is ripe for alt-rock radio stations across the country, gaining spins every week. The college rock project, “The Southern Drawl EP”, lead by Patton Hughes of Fayetteville, Arkansas, is now available on iTunes, Amazon, and everywhere music is sold.

The EP was recorded at the beginning of the summer at historic Quad Studios in Nashville. Patton Hughes, the lead singer and mastermind behind The Delta Bends, is influenced by classic rock, the college music scene, and growing up in the Delta region of the American South His lyrics are passionate and charmingly snarky, with a certain amount self-deprecation familiar to his generation.

“I’m really excited about how [the EP] turned out,” says Patton. “I’ve never been in this professional of an atmosphere as far as the recording approach goes, so it really kept me on my toes.”

“Since it’s an EP, I knew I had to give a unique quality to each song, but still have them tie into one another to give it a full album feel. Overall,q I’m hoping that this gets people listening and gives people something to take home and can relate to in their own ways. I hope it also gets people interested enough to where more music from The Delta Bends can keep coming out, because I’ve got plenty more songs in me I’d like to share to the world.”

The music video was shot in Franklin, Tennessee and channels the film “Clue” and miniseries “The Spoils of Babylon.” It’s a who-done-it satire centered around a wealthy patriarch, his gold-digging young wife, arrogant son, suspicious maid, a high-strung sheriff, and the careless gardener played by Patton. The storyline is matched in hilarity only by Patton’s deadpan performance singing in front of a police lineup. Needless to say, the Lamon Records crew had a hilarious time filming this video.

Patton says this about his day on set: “I was a bit nervous going into it, but once we started filming I was having a blast. The casting and locations for the video were spot-on, and we had almost a family vibe going on, although it was just for a day. It’s something I will always be able to look back on as an awesome experience.”

The rocking first single from The Delta Bends, “Southern Drawl,” can be heard on radio now and the video can be found on the Lamon Records YouTube channel. For more information on The Delta Bends and other Lamon artists, visit www.lamonrecords.com.