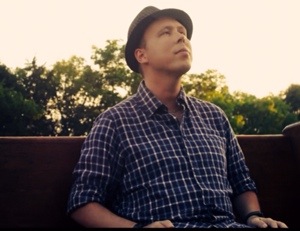 The first single, “New Song,” from Lamon artist Ole Gustav Johnsen is available now on iTunes and can be heard on radio stations across the country. The Christian artist from Norway recorded his album and filmed the music video for the single in mid 2013. The video for “New Song” is also available on iTunes and YouTube.

Johnsen began performing in grammar school and in his church at a young age. After placing 8th on Norway’s “The X Factor” and establishing a fan base, Johnsen knew his music could be shared worldwide. His songwriting inspiration comes from Biblical texts and his personal relationship with The Lord. Johnsen recorded his first album at historic Quad Studios in Nashville under the guidance of producer and president of Lamon Records, Dave Moody.

“Ole Gustav Johnsen’s album highlights his incredible talent as a songwriter,” says Moody, a Grammy nominated and Dove Award winning Artist/Producer. “The music and his lyrics work together to create a powerful listening worship experience. It’s a solid album.”

Johnsen is thrilled to share the release with Lamon fans and hopes the message of the album reaches farther.

“I hope my album will glorify God and mean a great deal to a lot of people here in the States and Scandinavia/Europe. Hopefully it will establish me as a full-time worship artist. I hope for success so that I can continue to grow and work with what has become my number one passion. I also hope to continue to work with Lamon Records: a label I have fallen in love with.”

Johnsen’s first album, “All About Your Love,” will be released January 21st to iTunes and where ever music is sold. The video, “New Song,” can be found on the Lamon Records YouTube channel. For more news on Ole Gustav Johnsen and other Lamon artists, visit www.lamonrecords.com