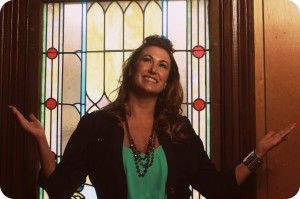 Amy Lord is not a stage name. It’s no surprise that writing and singing praise music comes so naturally. After years of traveling, experimenting, and soul-searching, and she realizes now that she was born to do it. The Florida native signed with Lamon Records Nashville, recorded her first EP, and filmed her first music video this year.

Amy Lord grew up in the small town of Pottstown, PA and her childhood was idyllic. Her vocal talent was honed at the prestigious Wyndcroft school and she also learned dedication and determination through rigorous gymnastics training and musical theater.

Her teenage years led to challenges and tested her dedication to music. Her parent’s divorce, paired with drugs, alcohol, and constant partying, shifted her focus. She quit gymnastics, theater, and a life driven for success as she tried to “find herself” in a toxic atmosphere. Influenced by the then popular album “Jagged Little Pill” by Alanis Morisette, Amy bought a piano and began writing songs. She felt a release with this outlet, but was still far from the art God wanted her to create with her talent.

Amy struggled with addiction and was in and out of music projects and jobs, but her soul still ached to make music. After the sobering loss of a loved one, Amy felt a spiritual revival, realizing that praise and worship music could truly help her break from her past and find peace. She also realized just how much she could help others deal with loss, recovery from addiction, and finding hope in Christ.

Amy Lord is now a worship leader at a megachurch in Florida, writing her own material, and performing at conferences around the country. Amy signed with Lamon Records in Nashville in 2013 and is “looking forward to sharing the music with as many people as possible, to instill hope, and that ‘never-give-up, you-can-do-it’ attitude to those who think peace not possible.”

Amy recorded her first album with Lamon Records earlier in the year and filmed her first music video with the team in mid-October. The concept for her video for the title track, “Have Mercy,” chronicles her downward spiral and eventual redemption with the creation of her first song.

“Filming the video was an amazing process as I saw my past experiences that were so difficult come to life. ‘Have Mercy’ is a song about hope, regardless of your circumstances, and I think that the performance scenes intertwined with the dramatic aspects clearly depict that message,” says Amy. “I really wasn’t sure what to expect prior to filming but I do feel that the song’s meaning was truly captured.”

“Amy Lord’s heartfelt performance during her somewhat reflexive music video of ‘Have Mercy’ was moving to watch and experience,” says Dave Moody, producer and president of Lamon Records.

Look for Amy’s single “Have Mercy,” along with the music video and album by the same title to be released on January 21, 2014.For more information on Amy Lord and other Lamon Records artists, visit www.lamonrecords.com