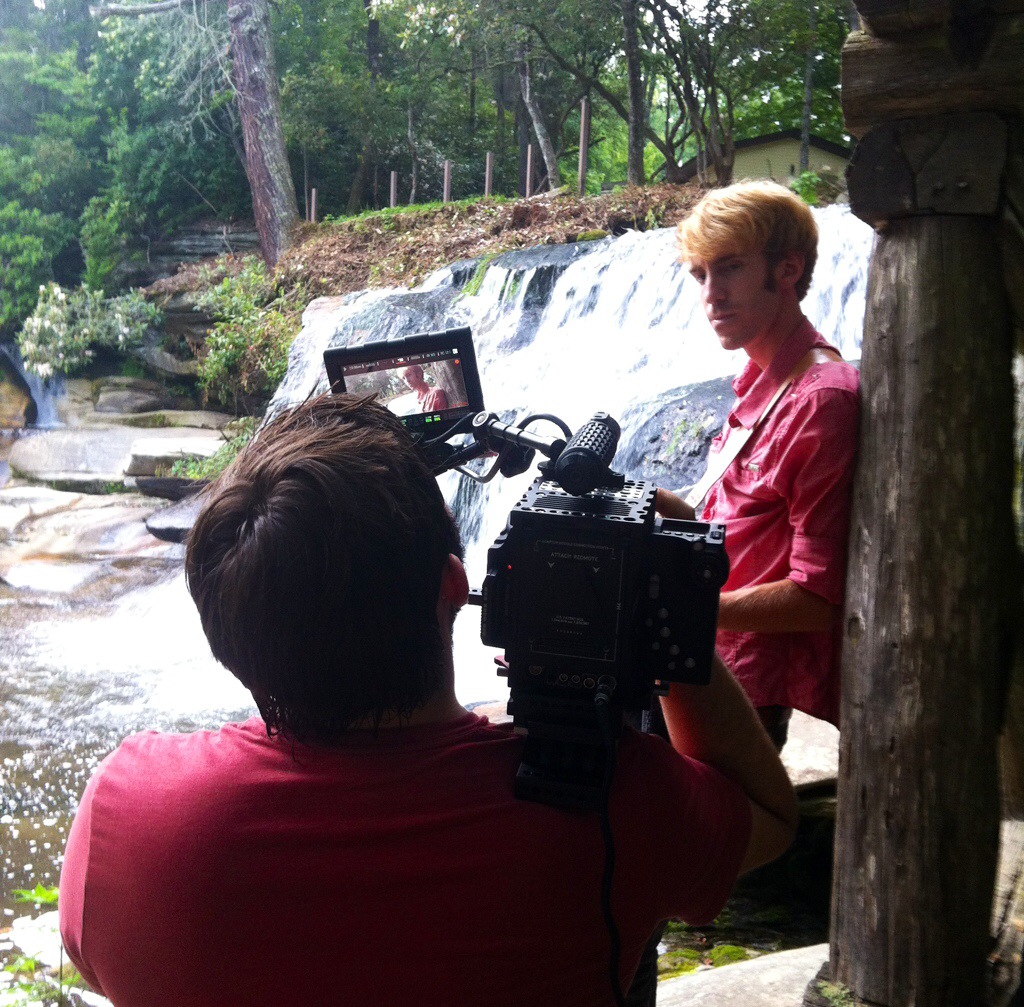 Cave & Cliff’s first single, “Waterfall,” is now making a splash on radio. The North Carolina singer-songwriter signed with Lamon Records in the summer of 2014 and his first album, “Meet Me There,” will release at the end of July.

Andrew Smith of Cave & Cliff wrote the free-spirited single about his ideal date – focusing less on the company and more on the venture out of town and into nature. He proves that no matter who you’re with, the whimsy of the outdoors will bring you joy.

His album was recorded at historic Quad Studios in Nashville. Andrew took the Lamon Records crew to the mountains of North Carolina to film the music video. The video follows a young couple from their college campus, around a quaint city, and eventually into the mountains where they end the date around a campfire singing along with Andrew. He and more than a dozen of his friends invited the crew to gather around a fire pit in front of picturesque waterfalls to film, sing, and have a great time.

“Cave & Cliff’s first single release, “Waterfall,” is a catchy pop-folk tune with a great melody and a message that everyone can get on board with. It’s the type of song you listen to on the radio, taking a summer trip to the places that you love. Who doesn’t want to have an adventure during the summer?”

Look for “Meet Me There,” the first album from Cave & Cliff on Lamon Records, available on iTunes, Amazon, and everywhere music is sold at the end of July. For more information on Cave & Cliff and other Lamon Records artists, visit www.lamonrecords.com.