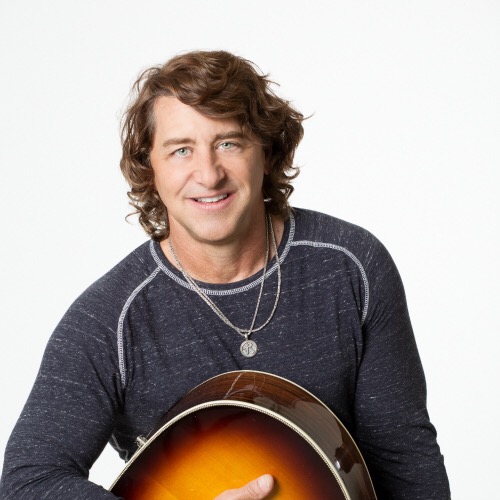 Brian Lee Bender, unsigned at 53, recently considered his age to hinder him in the music business. But this self proclaimed “long shot” ventured out into the great wide abyss with two self produced records in hand looking for a believer. In late 2015, the Sacramento native signed with Lamon Records, found his niche in Indie Rock/America, and went right to work making his 3rd record.

Dave Moody, President and CEO of Lamon Records, met Brian at 2015 CMA Fan Fest in Nashville. Brian was on a mission to explore the vibe and possibilities of “Music City”. With his songs and his guitar, he managed to get the attention of a label head. Brian attributes Lamon’s confidence in his music to a turning point in his ability to compete; “I don’t have to do absolutely everything myself,” he said. “I finally have amazing people to work with”. Even at age 53, the “long shot” might not be such after all.

His new album with Lamon, “Giving Up My Ground,” is a triumph of personal experiences, celebrating the joy and sorrows of a rather large chapter in life. Brian is intent on focusing on the positive and he hopes that people will see the “lightness” of his journey. He loves to make people happy through music and entertain them. Ultimately this record “should make you want to crank it up and sing along”.

“I look to make something honest and relatable, universal and worthy of someone’s time,” Brian says. “I feel that those who are dedicated to their craft, who are good people at heart, and who use their gifts to make someone’s day better are those who have influenced me most. That said, there is a ton of good music out there in many genres. To be fair, I just give credit to musical goodness – as in I know it when I hear it.

“Brian is truly an artist with his own unique style that transcends across multi genres,” says Grammy® nominated producer and label president Dave Moody. “His songwriting is catchy and he has a unique way of wrapping his phrases around a memorable melody.”

He is into every type of musical style. From Bach to Elton John, bluegrass to tribal drumming, and Brazilian Choro for mandolin to classical jazz guitar, He takes it wherever he goes. He jokes he can often be found belting along to the radio while on the road or doing chores around the house.

His performing style is inviting, fun, energetic, and effective at creating something timeless. He always seems to find the magic in playing live. For him it’s all about responding to the crowd. He is a fearless performer and takes risks to get the crowd on his side. Because of this, Brian isn’t picky about his stage or audience. The best venue, he says, is one with music lovers and a sound guy.

Brian’s experience recording in Nashville was enlightening and exposing. Exploring the benefits of working in a professional environment surrounded by studio musicians, he was amazed at how quickly his tracks sounded almost radio-ready. The experience also made him acutely aware of what he perceived as his musical weaknesses. Ultimately, he says, recording inspired him to “up his game” on all levels.

Brian’s personality is just as inviting and engaging as his music. His sincerity shines through in his casual conversation just as much as his lyrics. Aside from touring, Brian’s hobbies include tennis, yoga, cross fit, family time, and traveling. He is a proud father and uncle and considers family time a big part of staying healthy.

“Music is still a mystery and a perpetual challenge, a daily ritual of pushing towards something,” Brian says, “if even just to repeat another great musical moment, exploring new horizons, or finding it’s inner secret.”

Brian Lee Bender’s first single, “Giving Up My Ground,” will be released to radio on February 22nd. His full-length album, “Giving Up My Ground” will be available on iTunes, Amazon, and everywhere music is sold March 18th. For more information on Brian and other Lamon artists, visit www.lamonrecords.com and follow us on Facebook, Instagram, and Twitter.